Ever since I found out Volcanus was a thing, I’ve wanted it. When I first found out about it, it would’ve been way to much to pursue, though, and I forgot about it. I was looking for a new one-handed sword skin and re-remembered Volcanus. I bet it’s actually within reach for me now! 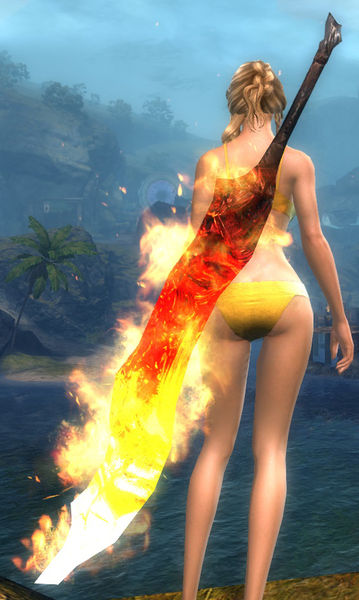 The greatsword is a mystic forge recipe. In checking the required base ingredients, I found that I didn’t have much beyond the 100 mystic coins. The other key thing I have is a level 400 chef, which is required to make the Vial of Liquid Flame. I did some quick math and found that it was going to be about a 200g project.

All things considered, not too bad. I had about 120g already. I crafted a few Deldrimor Steel Ingots to sell along with some unidentified dyes. I’ve got 2 reward chests left for the current PvP season, which will be good for another 35g. Pretty sure I can wrap this project up by the end of the week!

I'm enthusiastic and passionate about creating intuitive, great-looking software. I strive to find the simplest solutions to complex problems, and I embrace agile principles and test-driven development. View more posts